Tracerco has been awarded the top accolade in Subsea Technology at this year’s prestigious Pipeline Industries Guild Awards for our breakthrough technology for the inspection of subsea pipelines.

We received the Subsea Technology Award for DiscoveryTM, our new subsea CT scanner which for the very first time provides oil and gas companies with the opportunity to scan any subsea pipeline from the outside to gain an accurate picture of the condition of the pipe and its contents, with no need to remove the protective coating, and with no interruption to production. This allows them to undertake subsea pipeline inspection on any subsea flowlines including pipe in pipe and caissons or pipe bundles for flow assurance and pipeline integrity issues.


The team at Tracerco (pictured below) were presented with the prestigious award at a ceremony in London’s Grosvenor House Hotel this week after the judges selected DiscoveryTM as the most significant contribution to subsea pipeline technology in 2014. 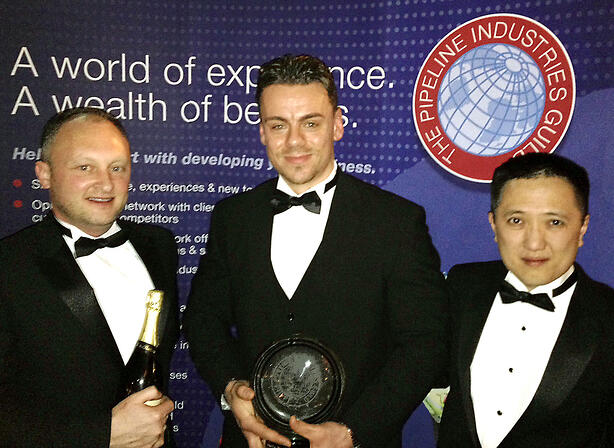 We only officially launched DiscoveryTM mid 2013 so to have its ground-breaking technology recognised as the most significant contribution to subsea pipeline technology this year is incredible. The award was decided by a panel of six judges who represented major oil companies, which makes the award all the more special because it's decided by the industry, by our customers.

This is the second accolade in six months for one of the many Tracerco innovations as the TracercoTM LevelFinderPlus picked up the Innovation Award from the Institute of Physics in November.

To read more about the Pipeline Industries Guild Awards read their latest newsletter. To learn more about Discovery go to our video gallery.