Slanted down-dip well in the gas window of Vaca Muerta formation, in Neuquén Basin Argentina. The well has a total of 21 stages that span two distinct horizons of the shale formation. 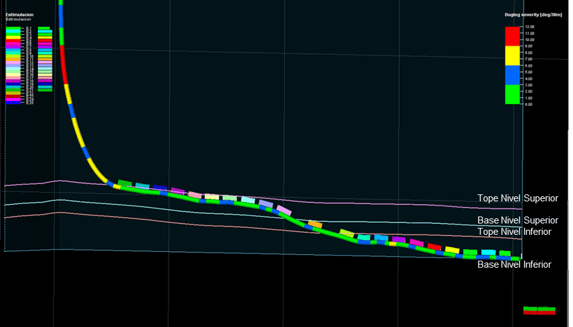 The specialist gas based tracers used by Tracerco have a high affinity for short-length hydrocarbons, especially C1, C2 and C3; while being insoluble in water. As such, during the stimulation process when the tracers are pumped, they readily partition into the hydrocarbons present in the formation, upon contact. This allows for the determination of formation gas flow in the gas samples collected at surface.

41 water and 39 gas samples were analysed. This study comprised over 3 months of surveillance and during this period, four different choke positions and flow rates were evaluated. 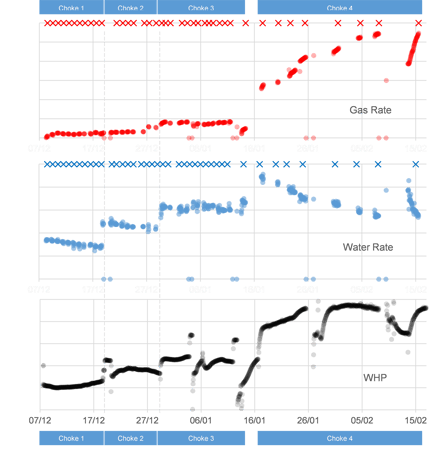 The water results show a balanced flowback of water, however bigger tracer recoveries in the inferior section of the well give an indication of higher water flowback from such horizon.

A global water tracer was added to the mix, i.e. a common tracer that was injected with all water fluid pumped into the well. This tracer was able to estimate the dilution of stimulation water present in the flowback. A high dilution is indication of formation water production. The well showed low dilution confirming that the fracture network did not connect any water saturated sands.

The gas tracers showed the complete picture of well clean up along the time. Initially, only the heel of the well is productive (stages 14-21). However, as time progresses and the well is cleaned expelling the stimulation water, the lower stages, closer to the toe, show considerable gas production.

The study showed the clean-up sequence of the well. As time progresses and gas rate increases, the well is able to expel the water in the low section and the contribution is more even along the whole well:

The study showed that the flow profile between both regions is not constant over time, however for the last choke size it is homogeneous, giving the geology and reservoir team valuable information on the performance of both reservoir units. The operations team also gained valuable insight on the effects of choke management strategy.

The operations team observed a pressure spike on a nearby well during the stimulation of the tagged well. Samples were collected in the neighbour well to evaluate which stage(s) had interfered the most.

The tracer results showed that the main interference was coming from stage 9, which was confirmed by the pressure plots in the neighbour well, and helped to understand the orientation, and size of fractures in the region.

Figure 5 – Result of analysis in the samples collected at the neighbour well. The highest interference was found coming from stage 9. 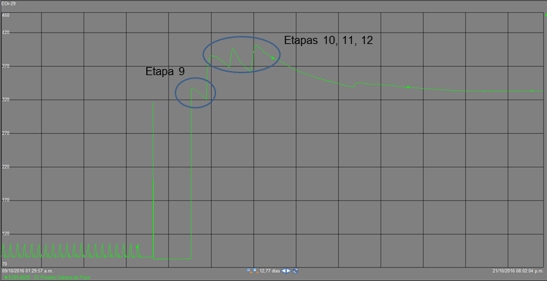 Figure 6 – Pressure diagram at the neighbour well when the tagged well was being stimulated.

Watch our webcast “Productivity Improvements Through Integrated Analysis of Frac Tracer, Geophysical and Stimulation Data” to learn more about how Tracerco’s Reservoir Characterization technology can allow you to optimise flowback operations to maximise production.