How to detect tray fouling and tray damage in a beer column: A case study

Scanning technology can provide a valuable insight when critical process equipment is experiencing problems and producing off-spec product. Based on the results provided, the best course of action to correct the problem can be identified in the least amount of time in order to save valuable process system downtime.

Damaged or missing trays, plugged downcomers, feed issues and tray fouling are examples of problems with columns that can be diagnosed with scanning technology. Fouling is a commonly diagnosed issue specifically in the ethanol industry.

In this latest blog, we will discuss how Tracerco’s proprietary scanning technology; Tru-ScanTM is used to look for flooded and /or fouled trays before and after a chemical wash of the tower.

An ethanol producer was experiencing an increased differential pressure (DP) in their Beer Column when operating at normal rates after a routine cleaning of the tower was performed. In order to run the tower without the DP rising, the operations team had to decrease rates. Tracerco was contacted to perform a Tru-ScanTM on the tower to look for flooded and/or fouled trays and ensure that the trays had not collapsed. The operating condition of the Beer Column during the first scan was 655 GPM, which is less than design. Results from the first scan indicated that Tray 22 was flooded and Tray 26 was heavily loaded, to the point where it was on the verge of flood at the time of the scan (Figure 1). Since the flooding subsided directly below each of these trays, it was indicative that some fouling material was sitting on these trays or in their downcomers.

A chemical wash was performed on the tower after the scan to remove any fouling materials from the trays, but the tower was still experiencing an increase in DP and was not able to run at normal rates. After the wash was completed, Tracerco was contacted to perform another Tru-ScanTM to ascertain its effectiveness. 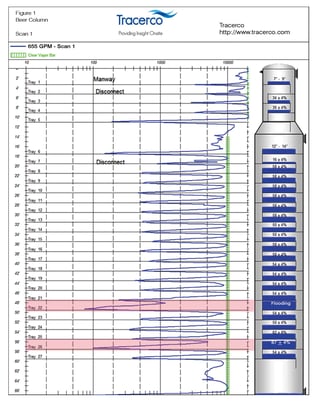 Figure 1 - Scan results indicated there was flooding on Tray 22 and Tray 26 was heavily loaded on the verge of flooding.

The results from the Tru-ScanTM after the chemical wash can be seen in Figure 2. The second scan was performed at the same rate as the previous scan (655 GPM) in order to keep conditions as similar as possible for the diagnosis. Results indicated that Tray 20 appeared to be flooding, which was two trays above the previous flooding location. The scan also revealed potential damage on Tray 26, which had suspected fouling on the previous scan, and Tray 27 was approaching flooding conditions. All other trays and internals appeared to be in place and holding adequate froth heights.

With this information from the second Tru-ScanTM performed on the Beer Column, plant personnel planned to perform an additional chemical wash to help resolve the flooding issues on Tray 20 and enter the column through a bottom manway to repair Tray 26. Plant personnel intend to have Tracerco onsite again after the chemical wash and repairs of Tray 26 to perform a baseline scan. Baseline scans provide a valuable reference that can be used to identify and monitor operating performance in a column over time. For situations where there is a fouling process, or other type of deteriorating condition, a monitoring programme can save a process upset. By monitoring the progress of the deterioration, plans for remedial action can be made before the condition gets “out-of-hand”. 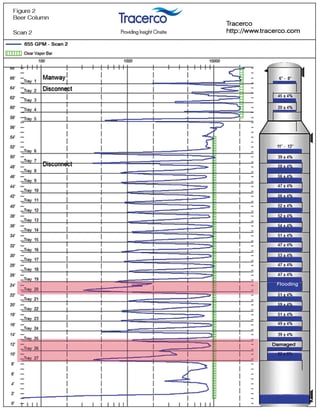 Figure 2 - The second set of scan results indicated there was flooding on Tray 20 and that there was potential damage on Tray 26 which had suspected fouling indicated on the results from the first scan.